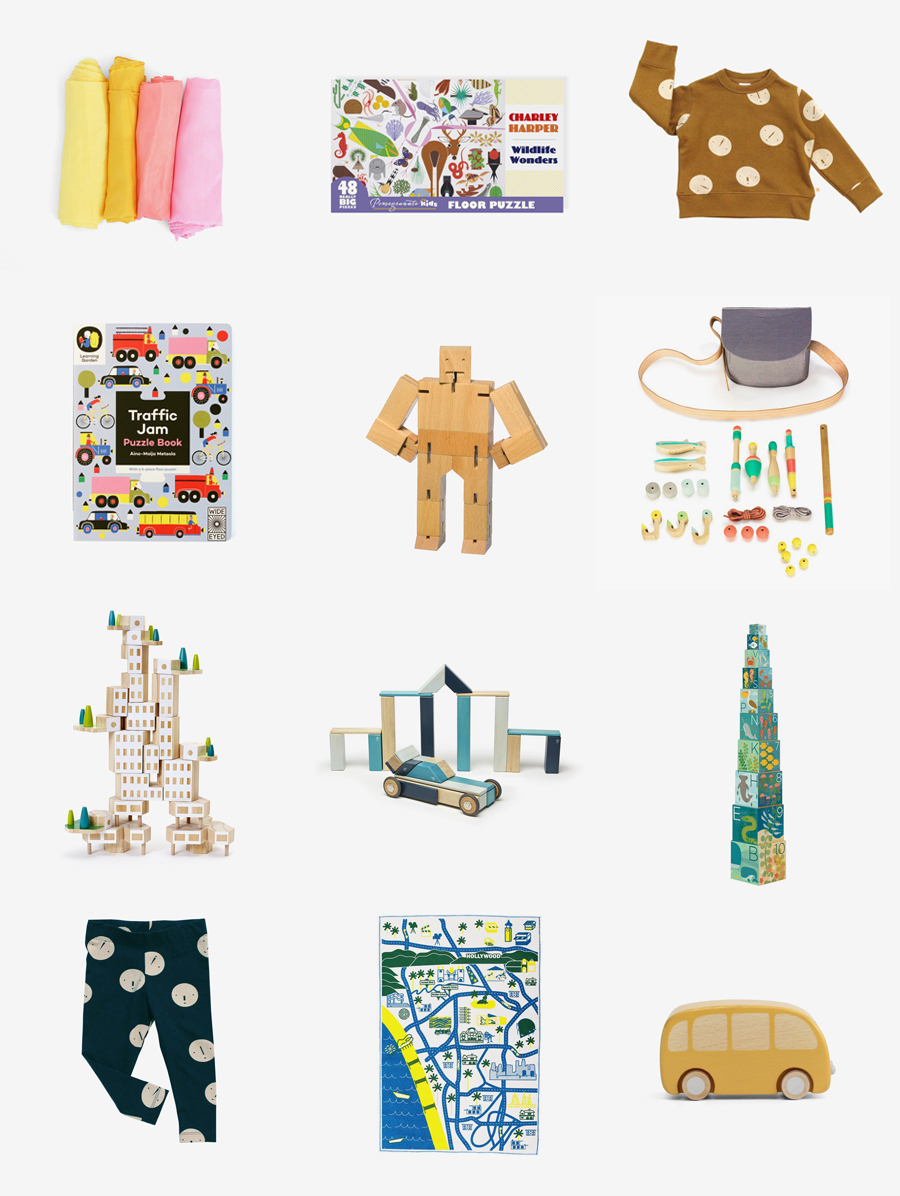 it’s party month over here at calivintage! adam’s birthday was on the 10th and mine is on the 20th, so it kinda feels like we’re those last people at the holiday party lingering just a little too long haha. most people have moved on to their new workout routines and green smoothies or whatever, but we’re still eating cake and popping bottles of sparkling cider. but hey, people celebrate birthdays every day of the year, so there’s really no better time than now to share some of the gifts that i’ve been eying for a just-about-to-be-three-year-old boy. in particular, adam’s interests include trucks, monster trucks, cars, and trains. notice the theme? but he’s also got an artsy side and spends a lot of time drawing, painting, coloring, and reading books. most of his drawings are of monster trucks. and his favorite book is about the history of monster trucks…

so yeah, he likes trucks. but i also try to keep things balanced so that he’s still exploring other things and learning new skills. he has a ukelele on a stand that he is welcome to experiment with, and there’s a little baby doll in a toy pram that he mostly ignores these days, but it’s all there for him when the mood strikes him! sometimes he decides to cook us lunch on his toy kitchen, and he does spend a good amount of time playing with blocks and legos and lincoln logs in order to build tunnels and garages for his trucks, haha.

all of this is to say that i try to be observant of his interests, but i also don’t necessarily zone in on only one thing. he might only want trucks for his birthday, but i also sneak in some other stuff that i know he might like. so with that in mind, i decided to pull together a quick gift guide with items from my favorites kids shop, bitte. or if you don’t happen to be looking for gifts for three-year-old boys, i also pulled together a gift guide with my eight-month-old edith in mind, which you can see here.