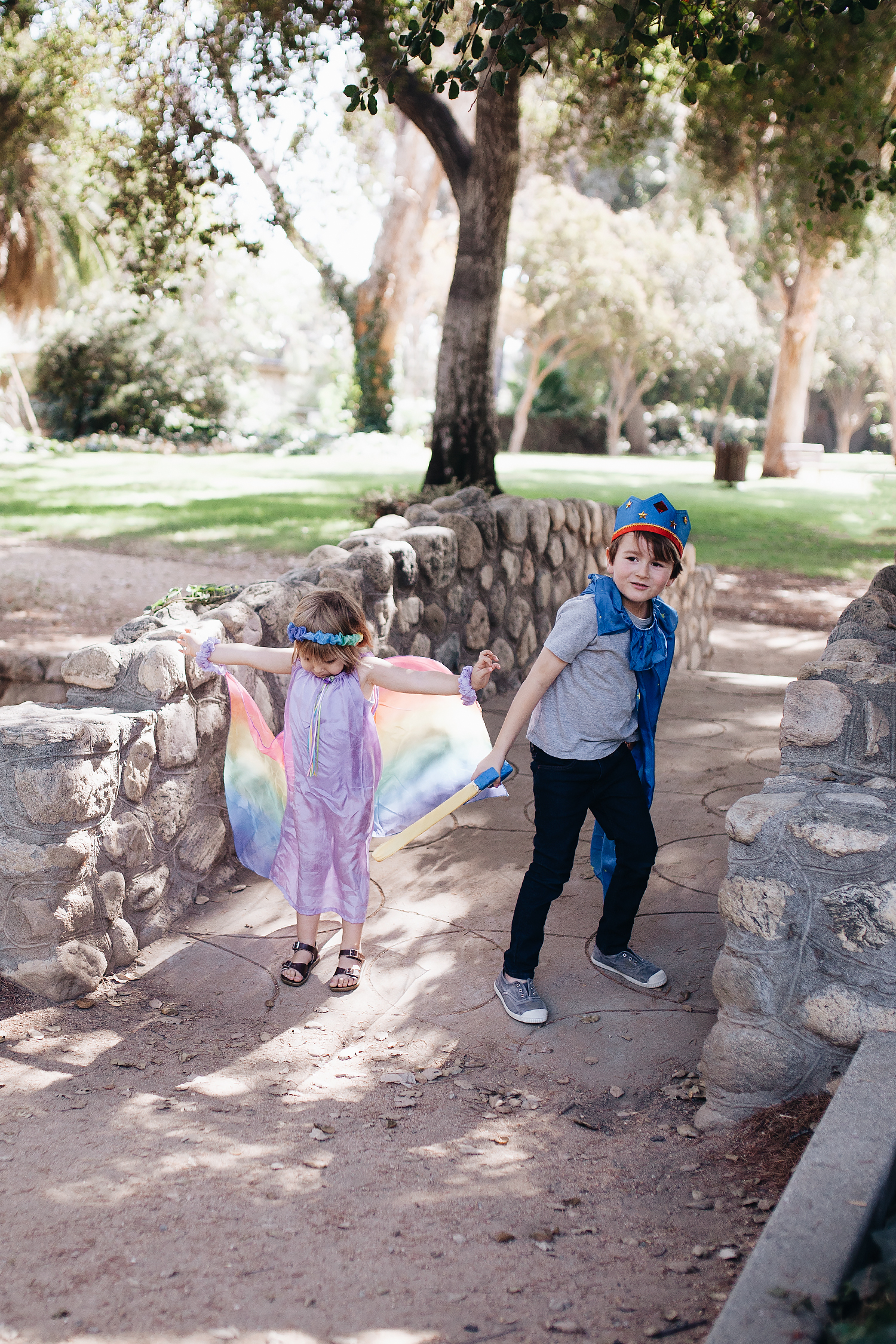 since having kids, halloween costumes have always been a challenge for me. don’t get me wrong, i love halloween, but i don’t love all of the waste. you know how it goes, once the holidays begin, the consumerism picks up and just keeps growing until it peaks at christmas and your house is filled with piles of stuff. i love all the cute decorations and the kids have a blast trying one costumes at the store, but i just can’t justify all of the disposable stuff. so for the past couple of years, i’ve tried to focus on finding costumes that can be used or re-used beyond just the school carnival or halloween night. two years back, i bought the kids black pajamas and used scraps of fabric to turn them into little bats. then last year, we found these amazing and durable canvas capes from lovelane. it was a lot to spend upfront, so i was really nervous about making the purchase, but my kids still have so much fun playing in those capes a year later.

so this year, i knew i wanted to get them some new open-ended costumes for imaginative play to add to their little play chest. they already love the playsilks i put in their easter baskets earlier in the year, so when sarah’s silks reached out and asked if we’d like to try some of their costumes, the kids were so ridiculously excited. edie picked out the fairy dress, rainbow garland, and rainbow streamer. and adam picked out a reversible silk crown, star cape, and soft sword. we still have a couple of weeks left before halloween, but they have been playing with the silks nonstop and it is literally the cutest thing i have ever seen.

use code HALLOWEEN for 20% off costumes from sarah’s silks! 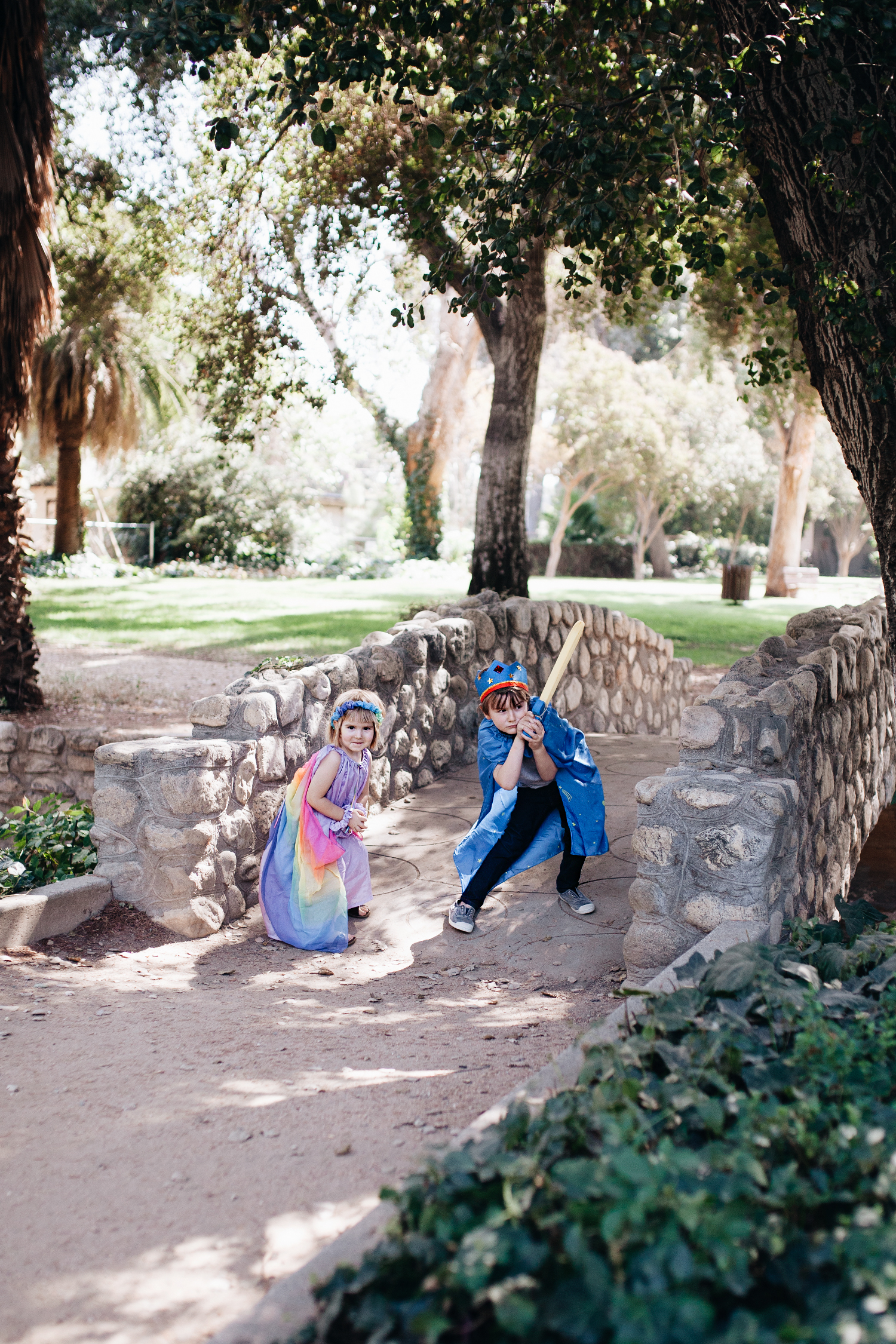 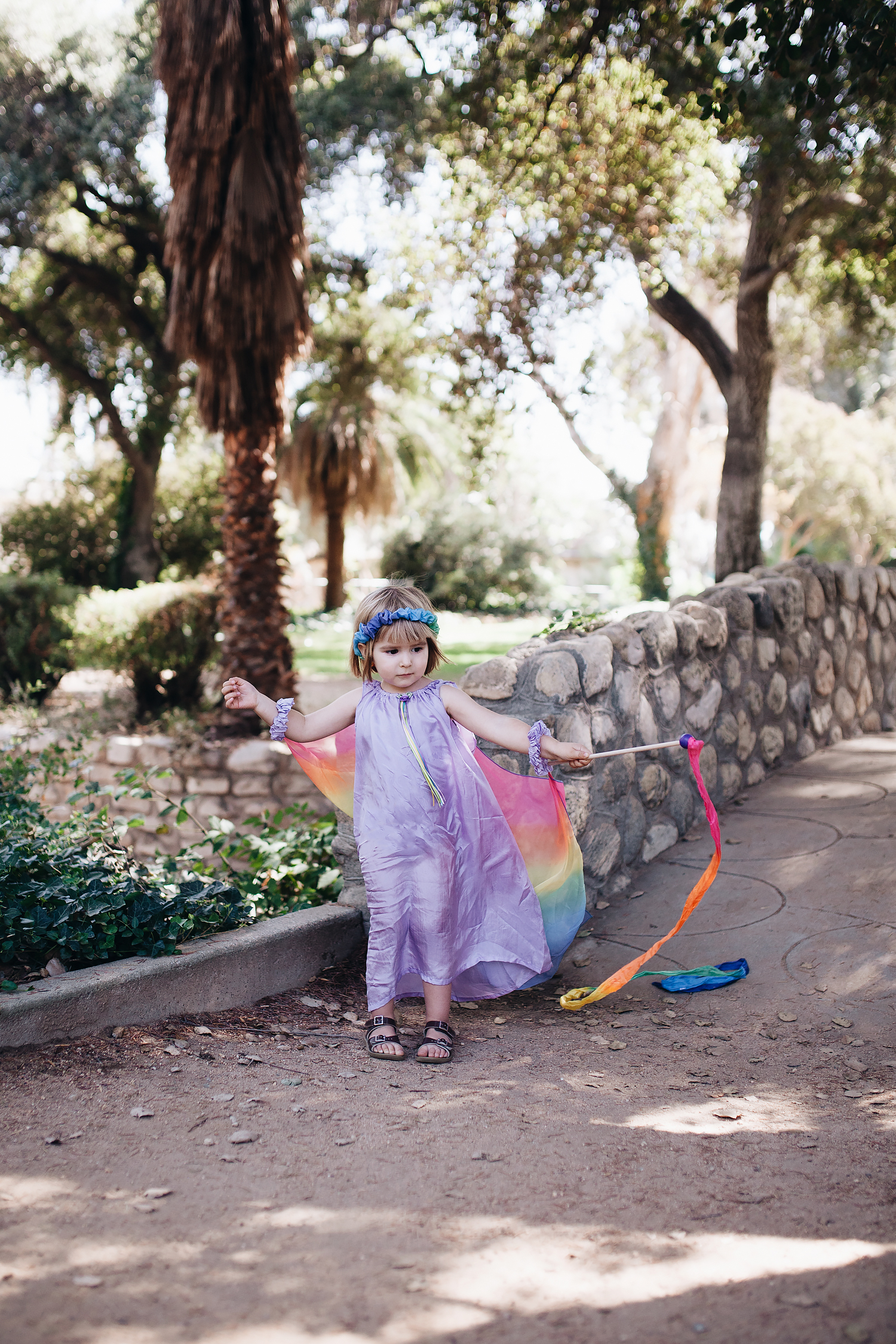 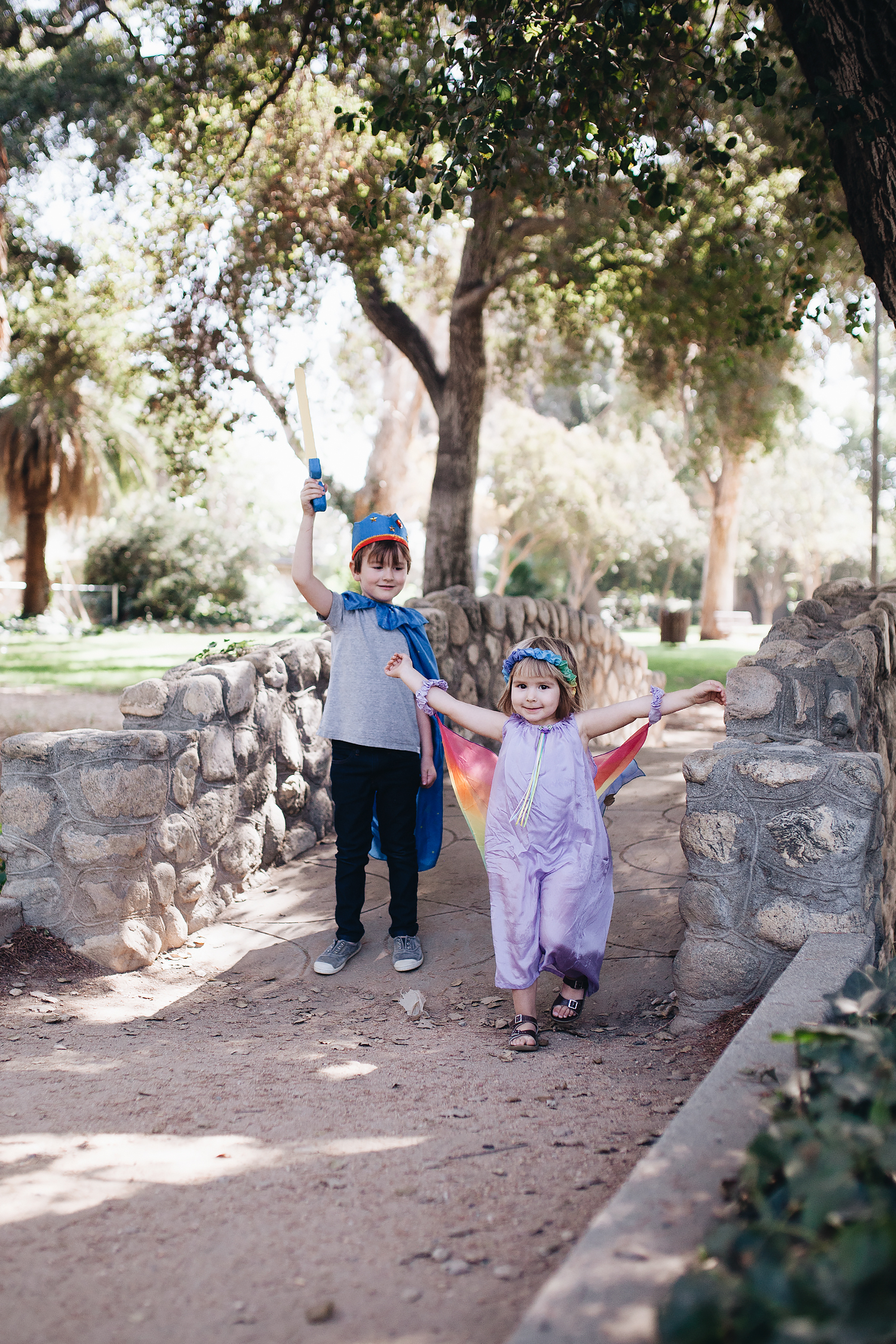 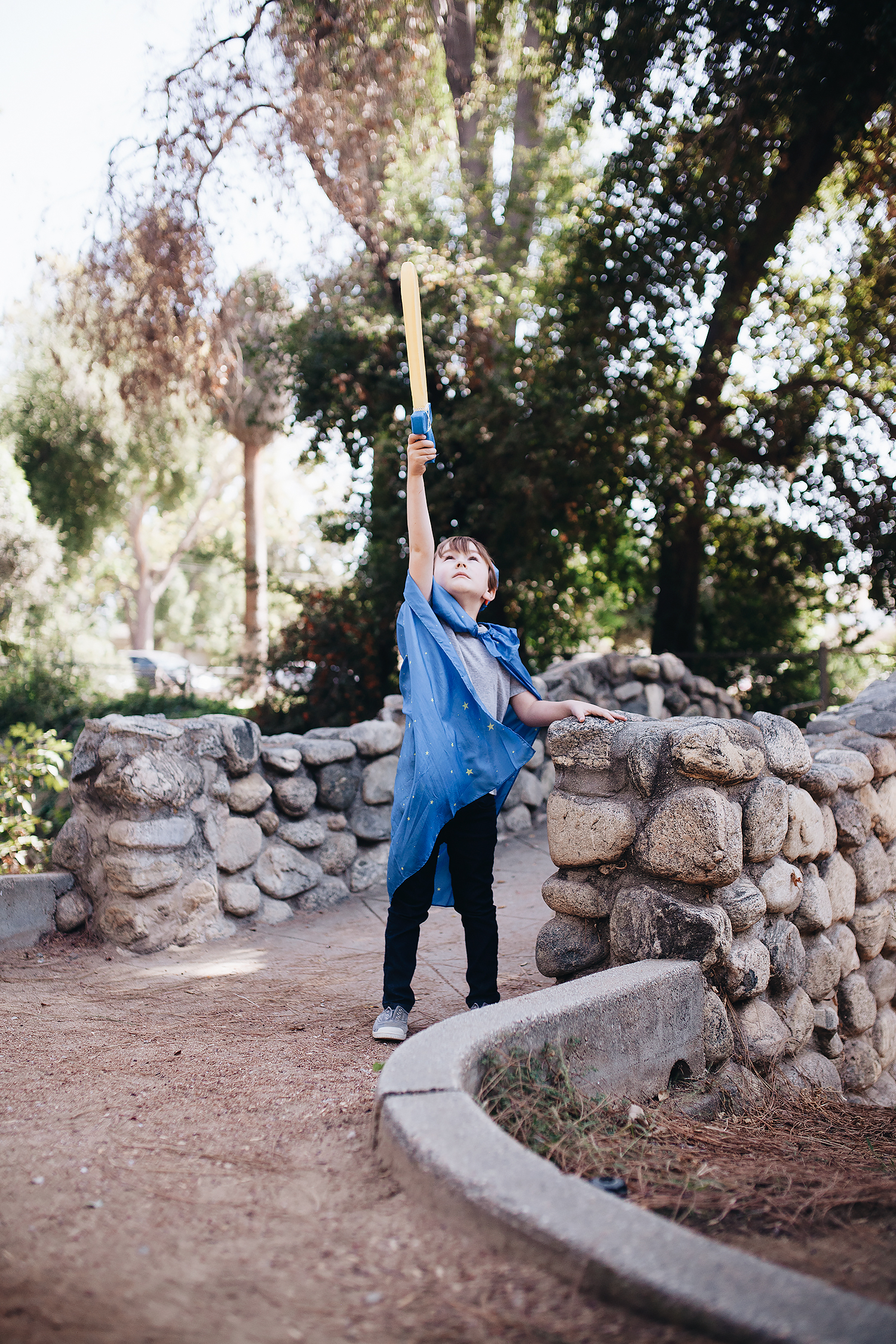 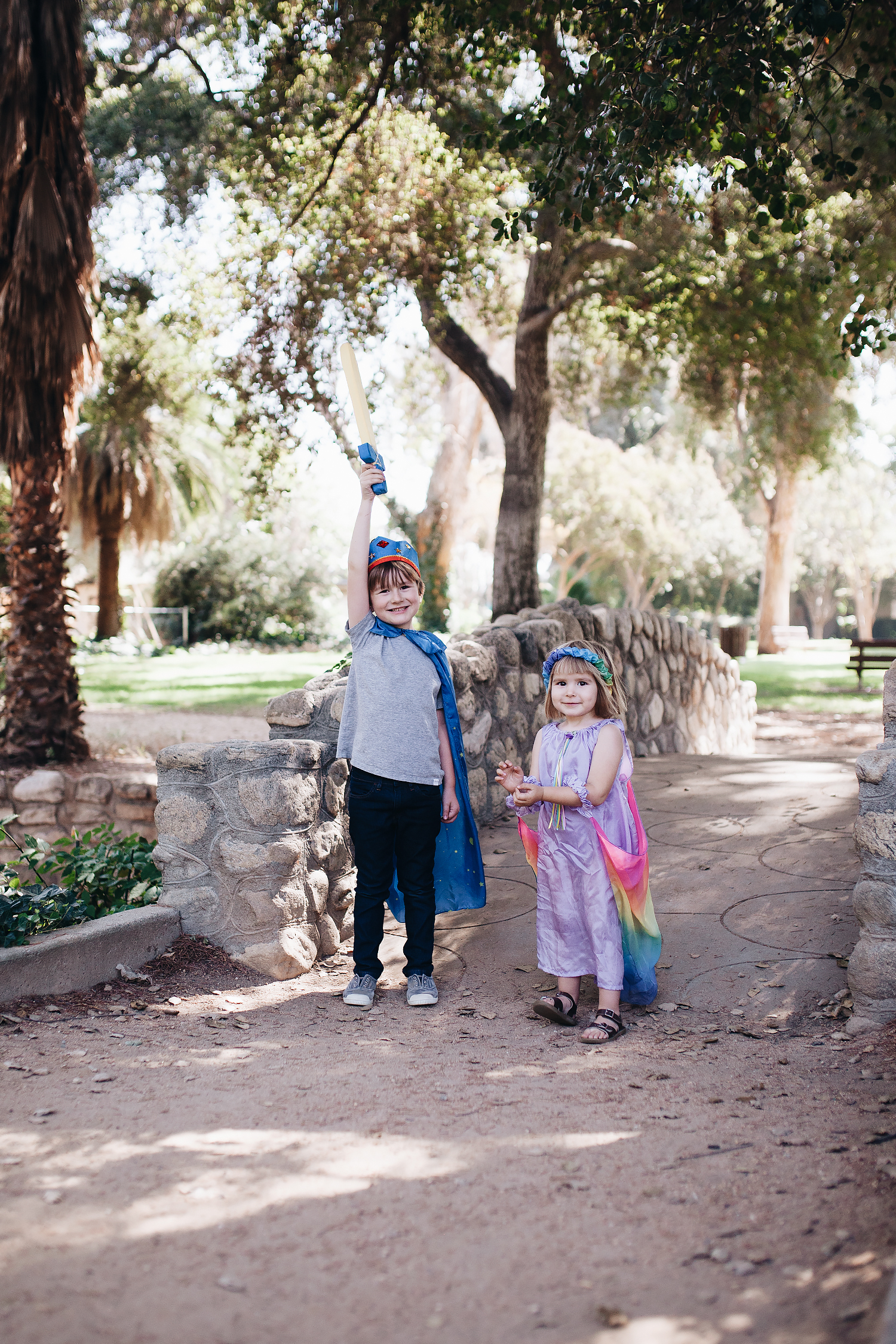 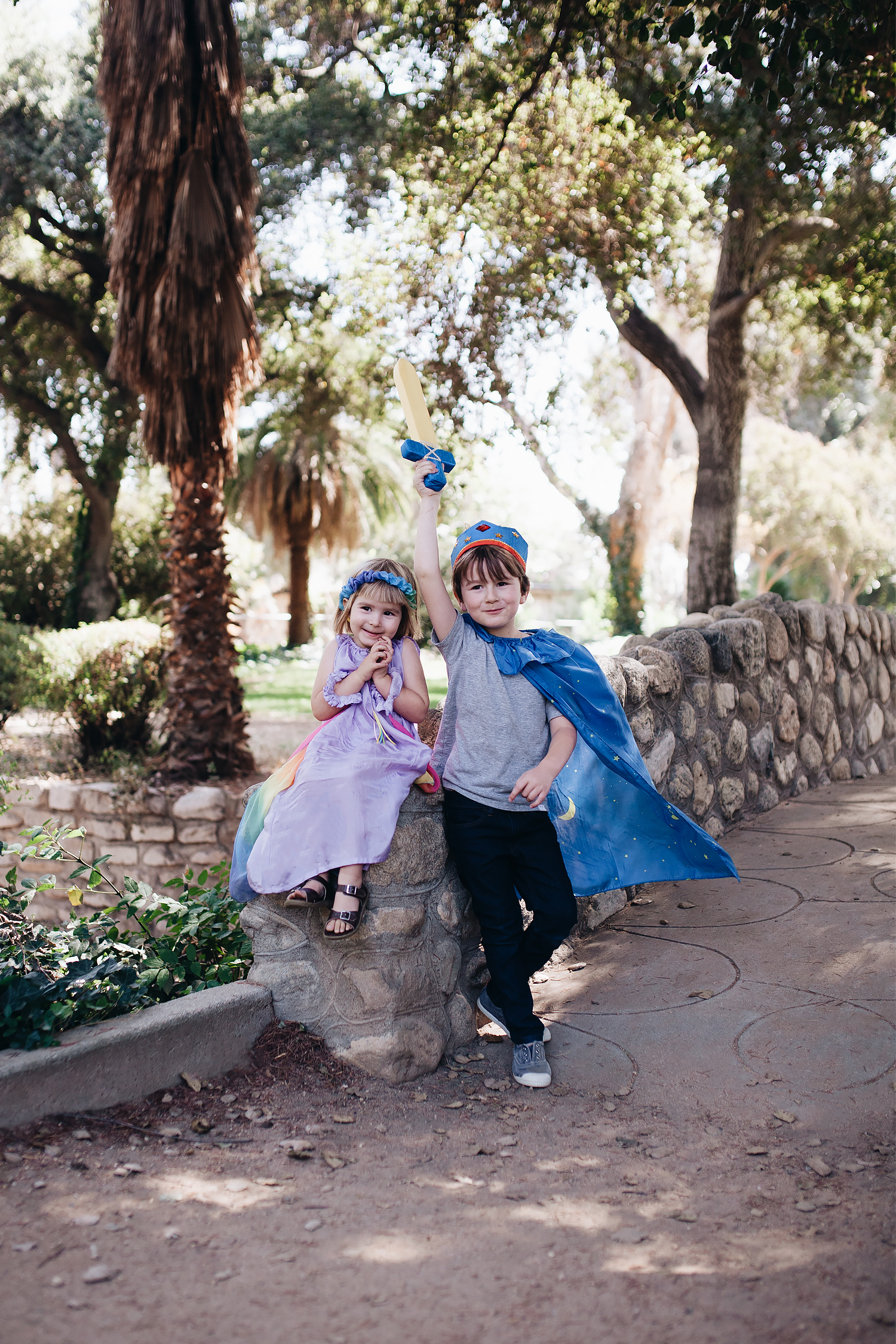 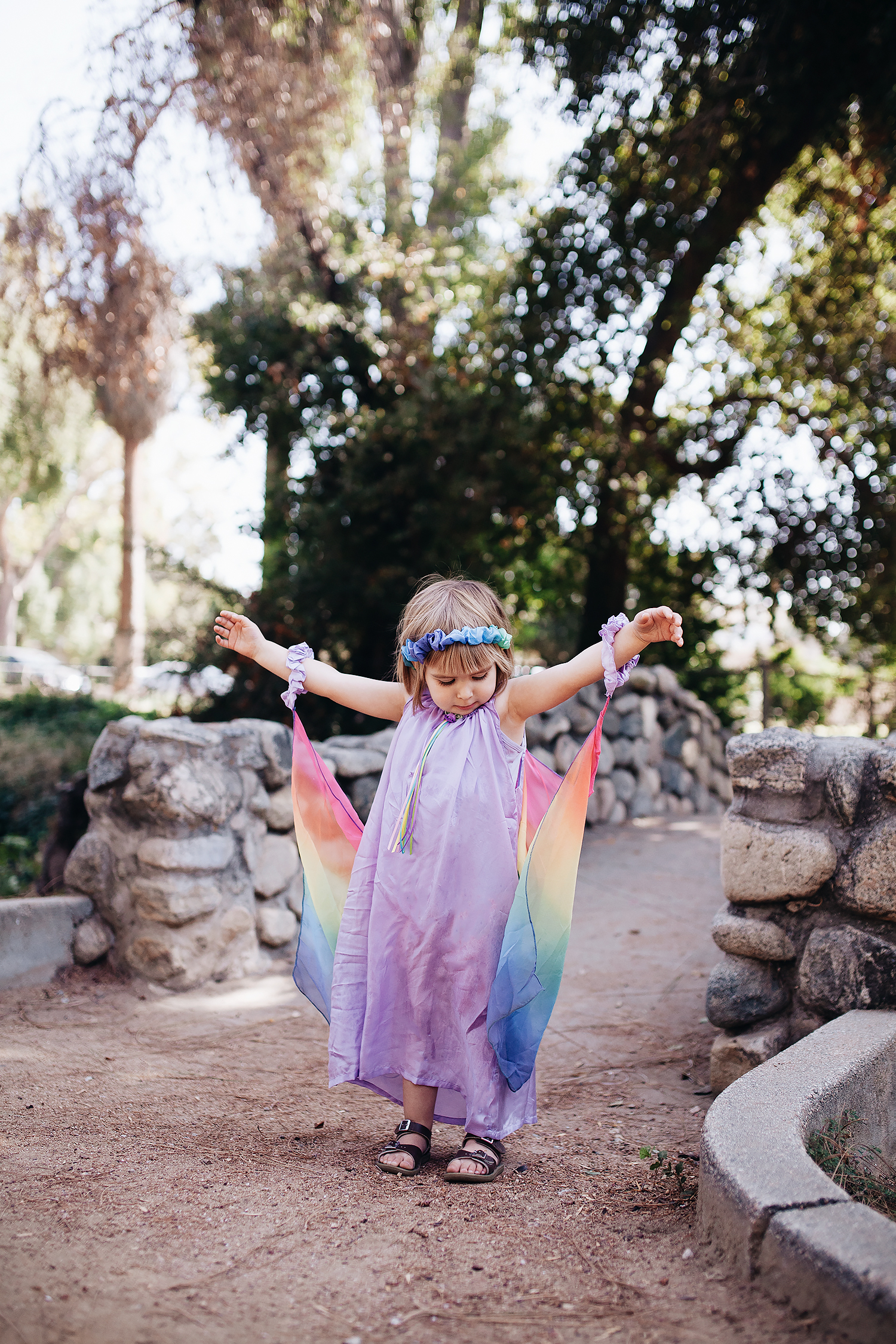 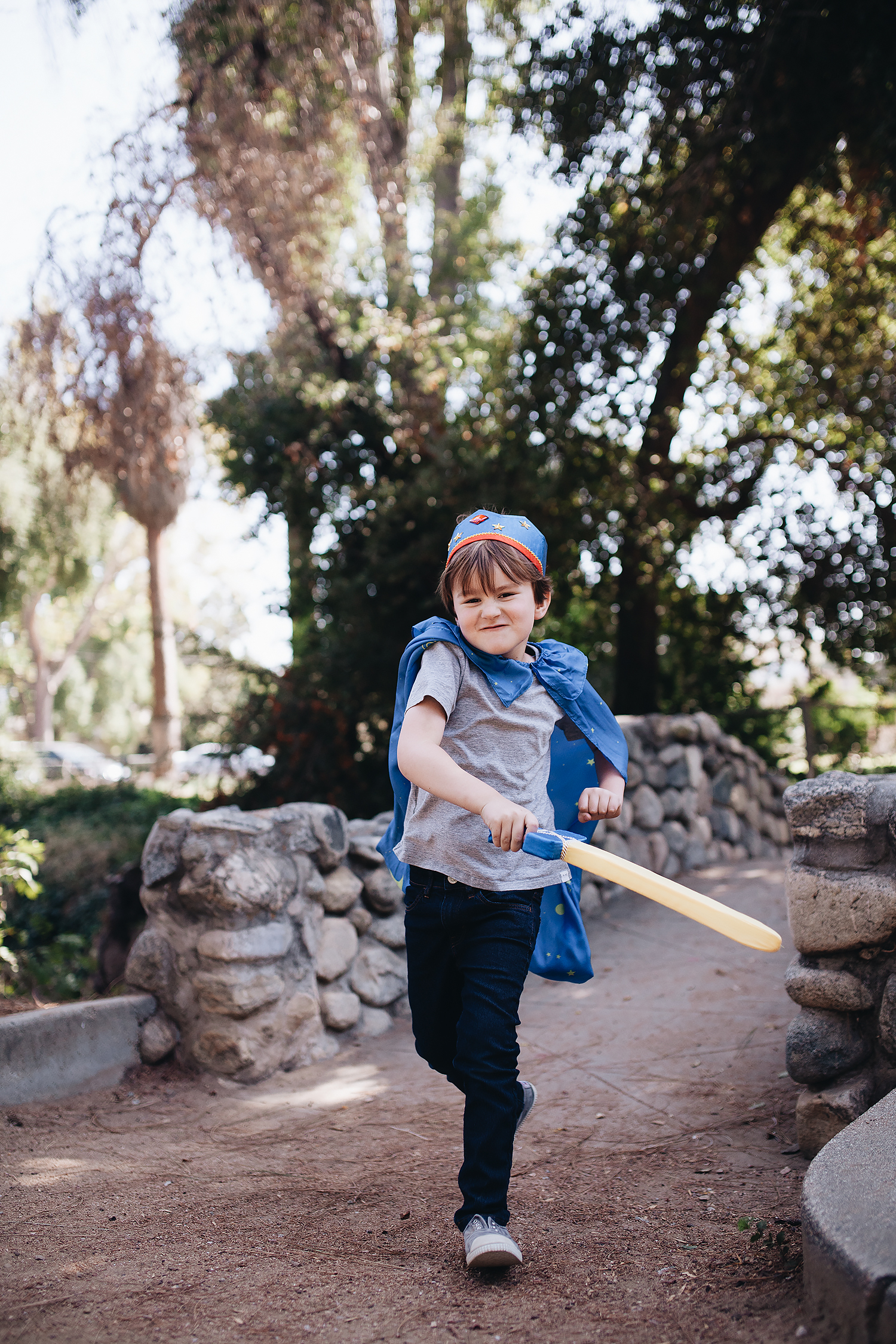