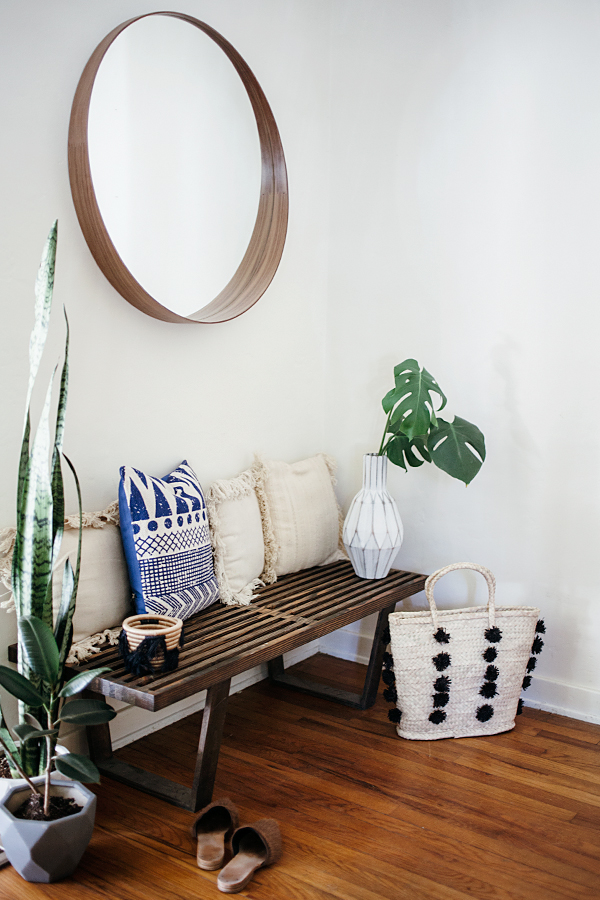 slowly but surely, over the past year, i’ve been pulling together this little house of mine. and while things have been shaping up in many parts of the house, there are still a few spaces that could use an upgrade. and despite the fact that the entryway is obviously a pretty important focal point in my living room, it’s mostly remained sad and empty. i have a big round mirror and a nelson-style bench, but other than that, we just throw off our shoes under the bench and let piles of mail collect there. so when fab asked if i’d like to upgrade my everyday with some new decor from their site, i jumped at the chance to spruce-up this sorely neglected space. if you’re not familiar with fab, they offer a massive selection of unique and stylishly functional objects from home decor and women’s accessories to tech gadgets and kid’s toys.

i was obviously focused on finding some bright and interesting objects to transform this barren space to something more warm and inviting. i really love that they have such an expansive selection of items, including a lot of handmade goods by independent designers. i decided to go for a mix of mid century and ‘bohemian’ to match the decor in my house, and was able to choose items from a non-profit organization that donates 100% of their profits to the economic empowerment of women in rwanda, in addition to some really cool mid century inspired, nelson-style pottery. the packages arrived in a few days and i was able to turn this lonely little corner into a proper, inviting entryway. in fact, after everything was set up, adam was so intrigued by what i was up to, that he asked if he could pose for a picture with me in our newly decorated space.

i’ve also learned that fab is hosting a massive giveaway, so make sure you head over and enter to win a $1,000 fab shopping spree! 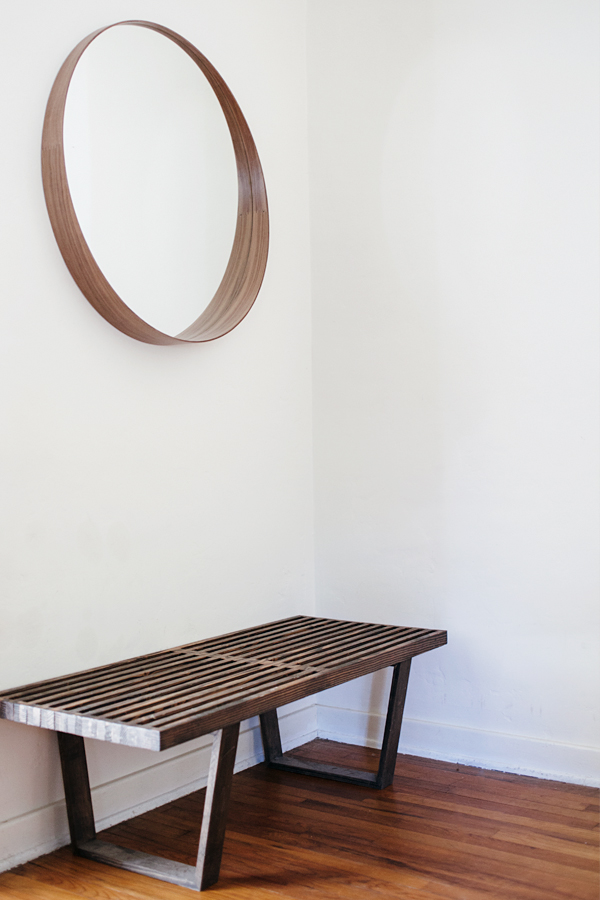 a very bare “before.” 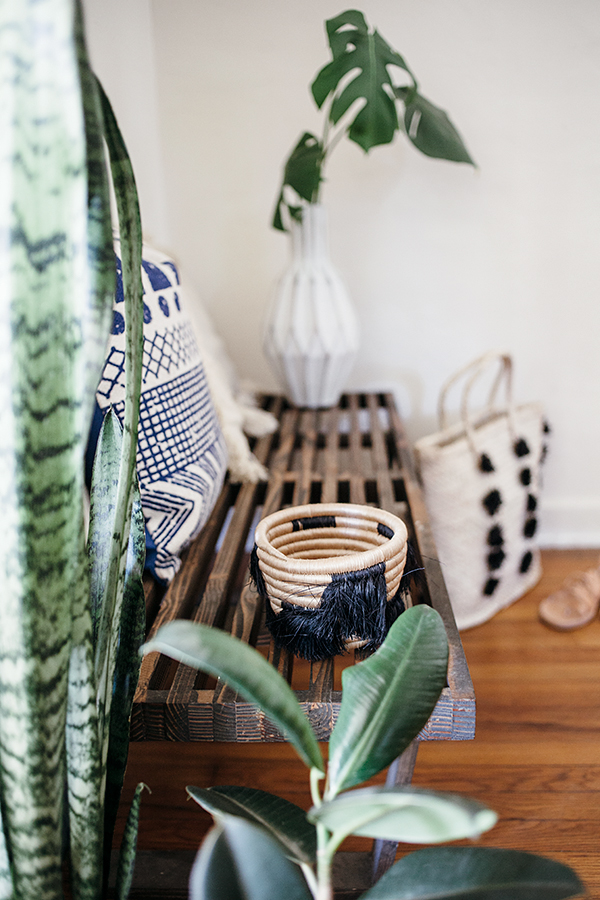 a little peek at the mini eyelash catchall by indego africa. the perfect tiny basket for keys or change or little trinkets. 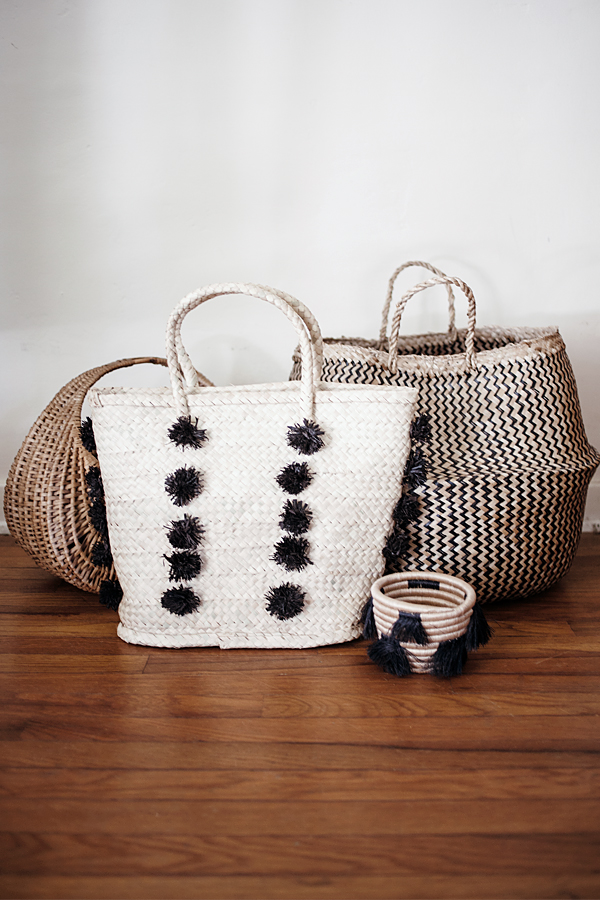 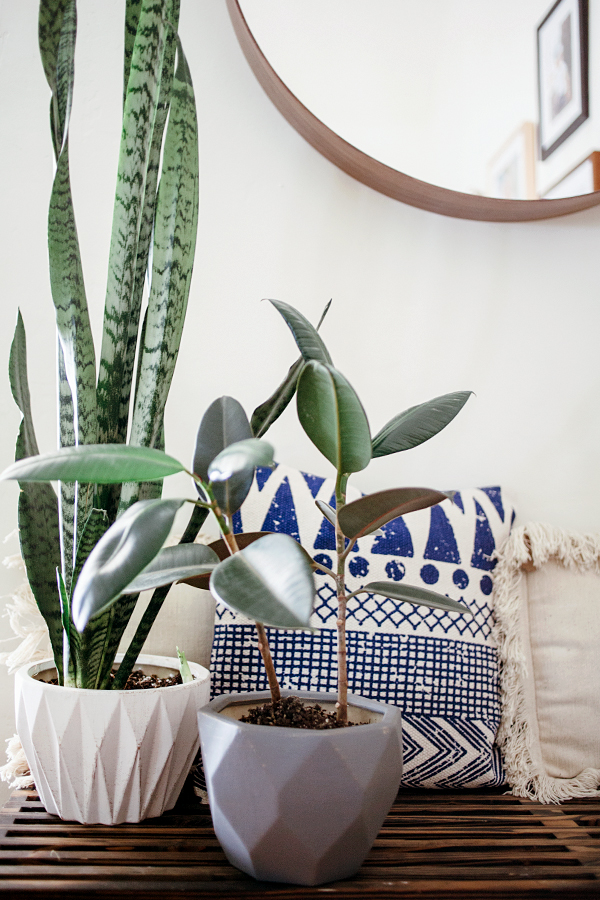 the perfect large and medium nelson planters by shiraleah and the basant block print pillow by shiraleah hanging out with some vintage throw pillows. 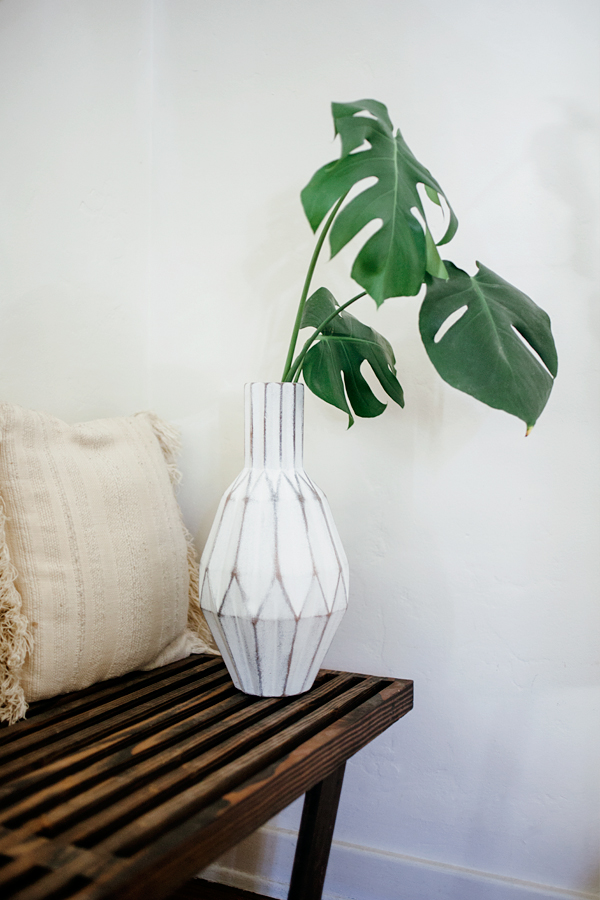 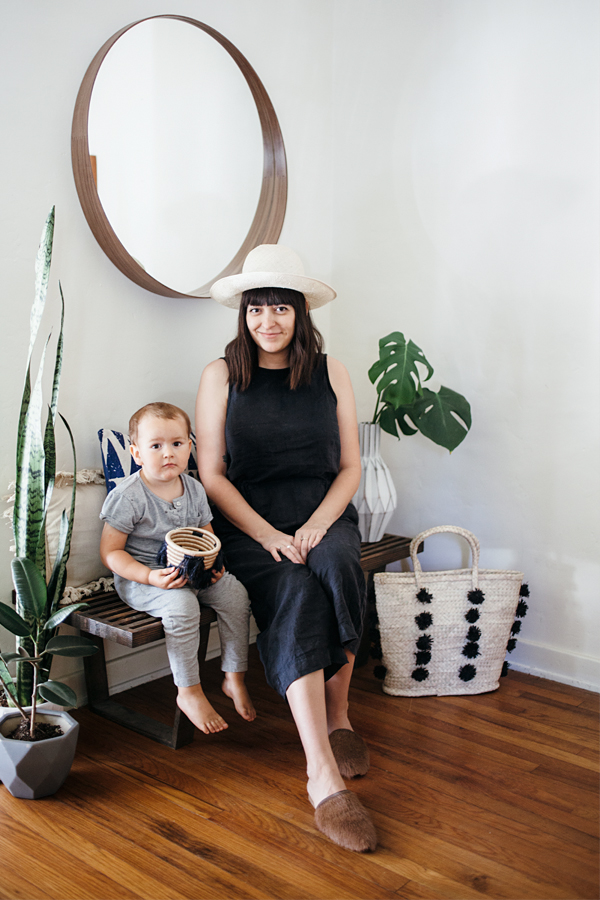 don’t be fooled by that face, this little guy insisted that i let him pose for a picture with me in front of our newly decorated space. he’s such a sweetheart!