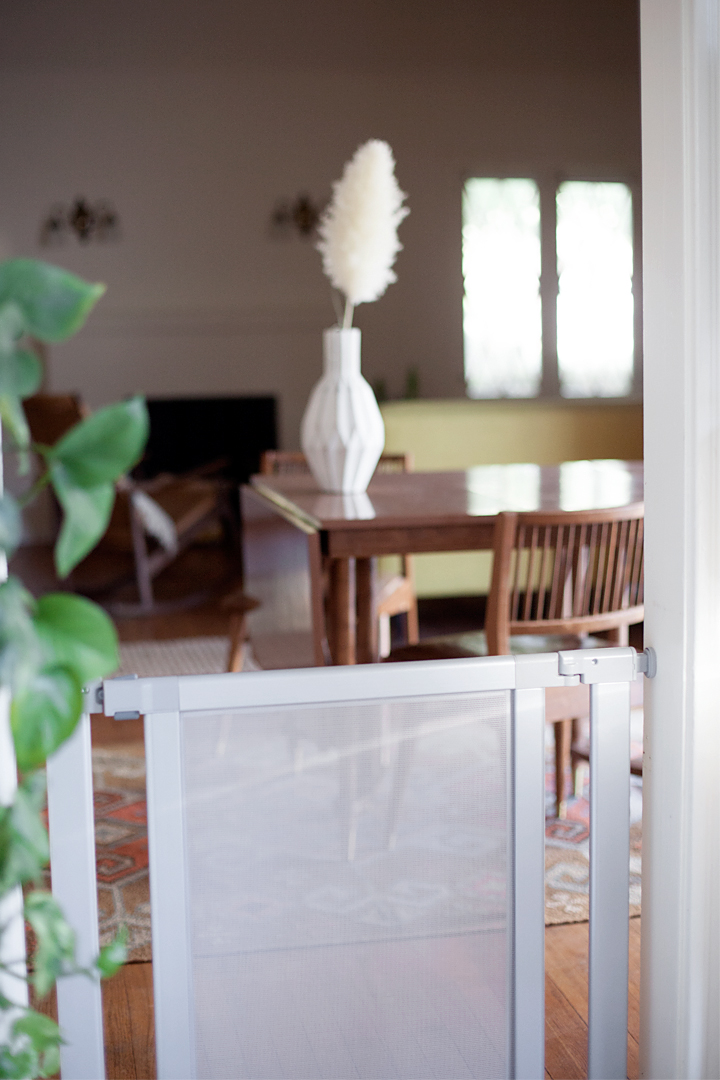 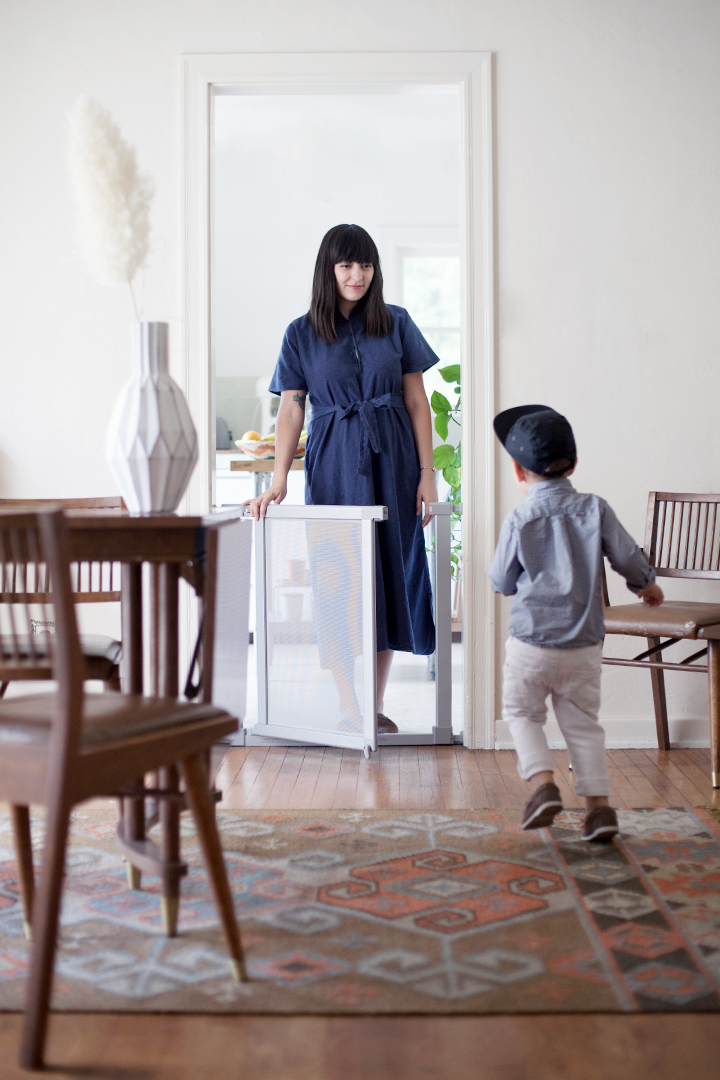 as you know, a big focus around the house lately has been in making improvements wherever we can–some large, some small. but with edie and adam to watch after, we’ve had put off some of our bigger projects until we can figure out the logistics of living through renovations. which means we’ve had to do a lot of improvising when it comes to creating a pleasant and kid-friendly space in the meantime. i’ve talked about this before, but a lot of the guiding principles in our home decor are centered around creating a montessori environment whenever possible, but as any parent will tell you, that isn’t always possible. especially when you have a half-finished kitchen that isn’t exactly toddler-proof!

which is why we were so excited to partner with munchkin to try out the vibe gate. the idea behind the design of this sleek baby gate was to turn an everyday safety item into a beautiful addition to your home decor. and you know how much this concept speaks to me! even though we’re putting a big focus on function, it’s still really important for me to have a beautiful space that both kids and adults can enjoy together. this gate functions exactly as it should, it’s constructed out of incredibly sturdy steel and mesh with a very simple turnkey mount that literally takes a few minutes to install, and it comes in a range of 5 different colors and designs, whether you want something minimal and neutral like ours, or you want to go more bright and playful with a pink hello kitty! from the moment i opened the box, i could tell they paid attention to all of the details, from the simple packaging to the easy closing latch that clicks perfectly into place.

it’s taken adam a bit of getting used to, but it’s given me some peace of mind without being an eye sore. i love the way it blends in with our mid-century modern decor, and i feel so much better knowing that i don’t have to worry about my toddler sneaking in to the kitchen–or his baby sister crawling in after him! 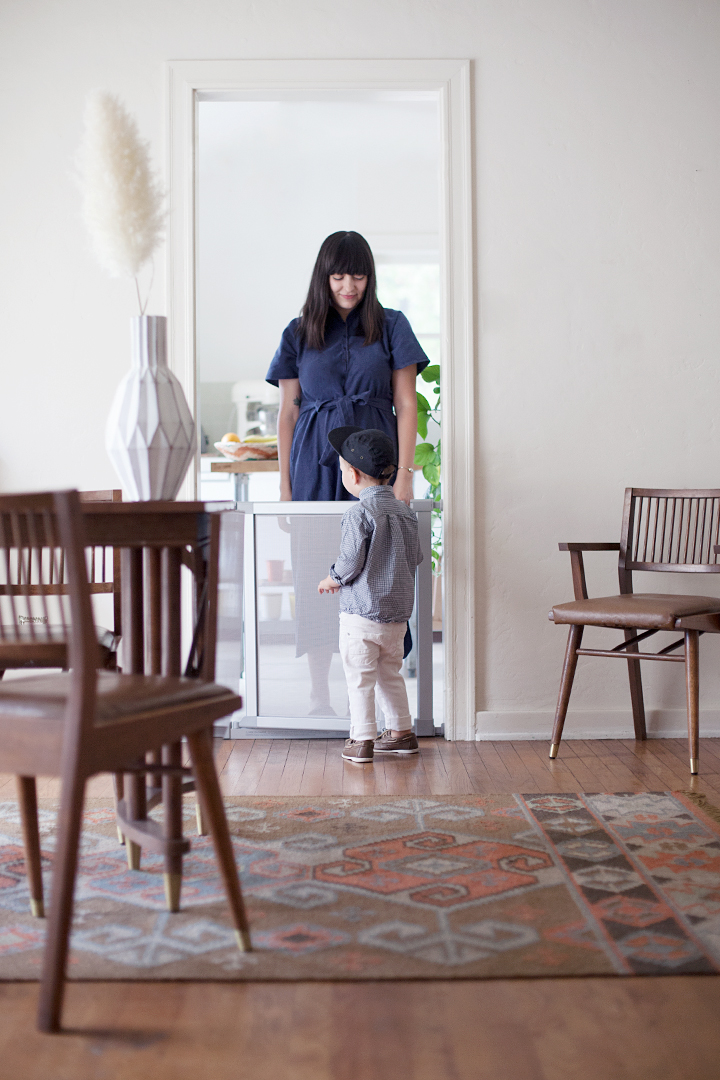 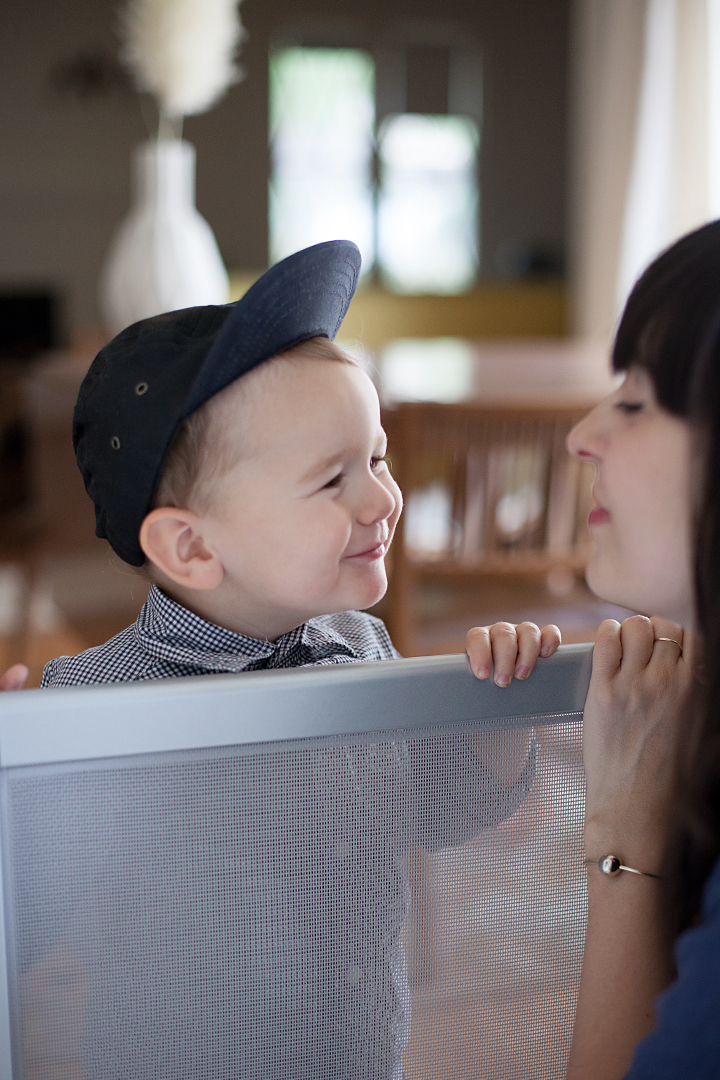 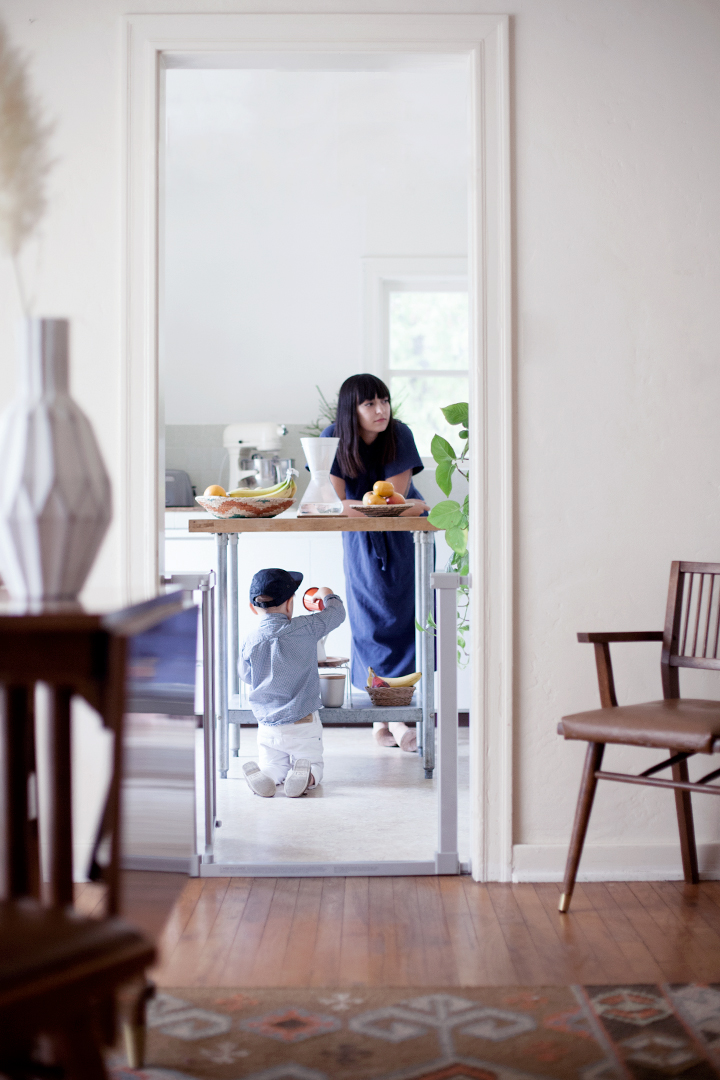 getting out of the house with munchkin latch 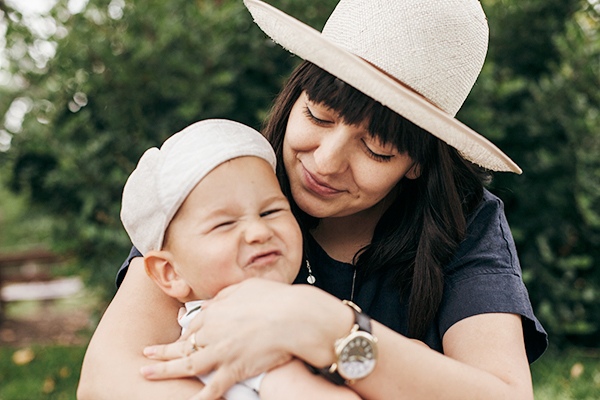 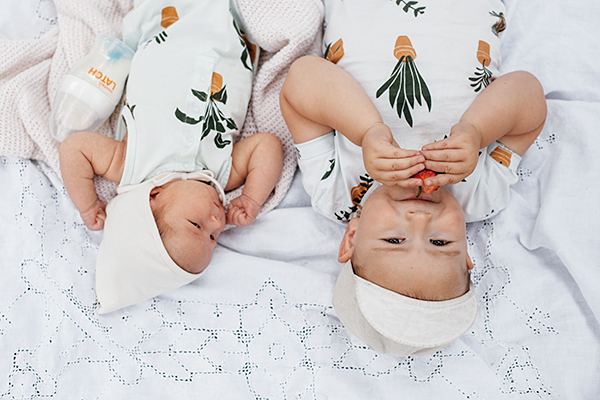 believe it or not, adam never took a bottle his entire life. shortly after he was born, i made the decision to work from home, and i was all in. i didn’t know it or plan it beforehand, but i ended up being a total crunchy mama. i was all about attachment parenting, baby-wearing, breastfeeding on demand, co-sleeping, night-nursing. sure, there were a few times when i tried to get him to take a bottle or a pacifier, but in the end, i was never away from him long enough to even warrant the need. i have no regrets with how i chose to do things with him, but in hindsight, my dedication came at a cost. i often wore myself thin and pushed myself to the limits. i didn’t take as much “me time” as i should have, and i probably made it harder on myself than it had to be.

now that my little edith is here, i still intend to parent the same way, but i am definitely feeling more comfortable letting go and giving myself a break more often. in fact, this time around, i’ve already gone on a date with brendan, and she only turned three weeks today! i don’t even think i had left the house at this point after adam was born. not kidding. and over the weekend, our entire little family packed up our bags for a picnic in the park, and i didn’t sweat it at all. i pumped a few ounces of breast milk, and took it as an opportunity to get some fresh air and to let brendan and adam get in some much-needed bonding time with the tiny new addition to our family. and it just felt so good to get outside.

obviously, i want the best for both of my children, but i think that this time around, i’m learning to strike a better balance around taking care of myself so that i can truly take the best care of my baby (and toddler). so of course, it was really great to have the opportunity to team up with my friends at munchkin to try out the munchkin latch bottle. the idea behind the design is to help baby transition from breast to bottle and back again. the accordion-style nipple stretches and bends like the breast, allowing baby to latch on correctly. and it has an anti-colic valve to keep air from traveling through your milk. and i’m happy to report that edie took the bottle on her very first try and had zero issues going straight back to breastfeeding after we got home. it went so well, that later that evening, grandma was on duty while brendan and i went out on our date! 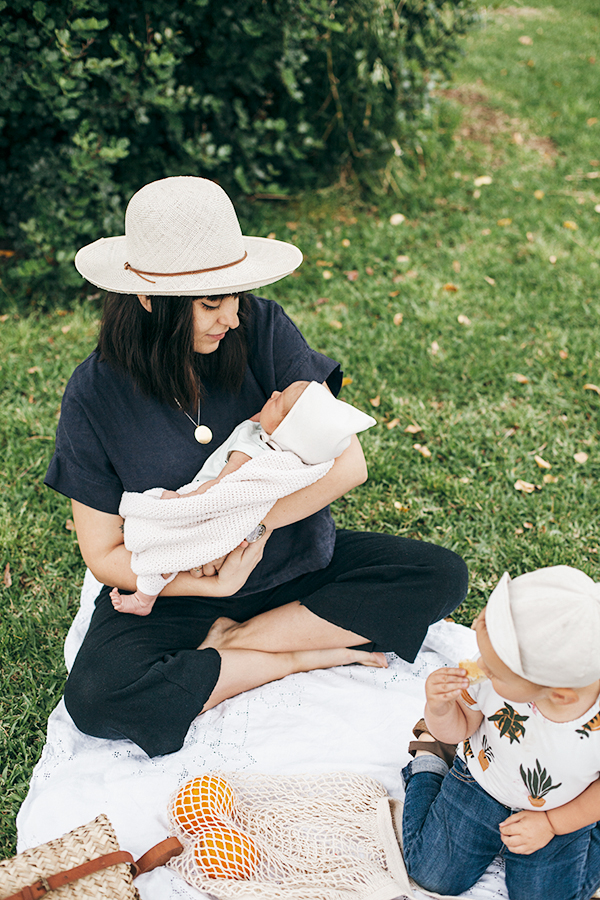 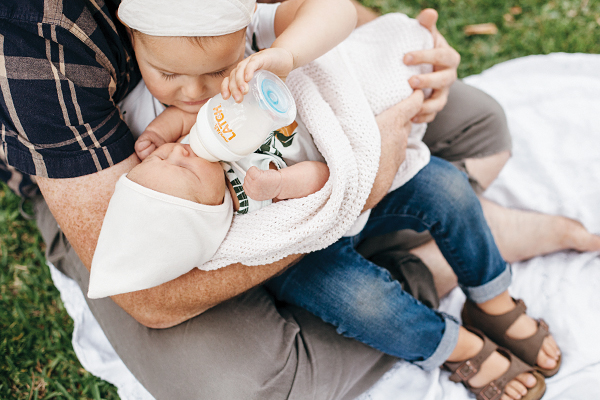 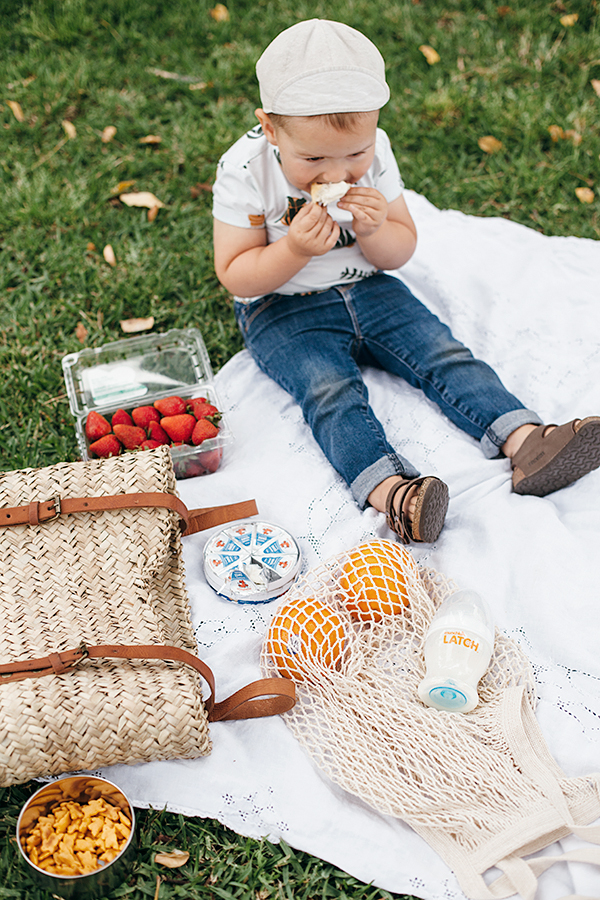 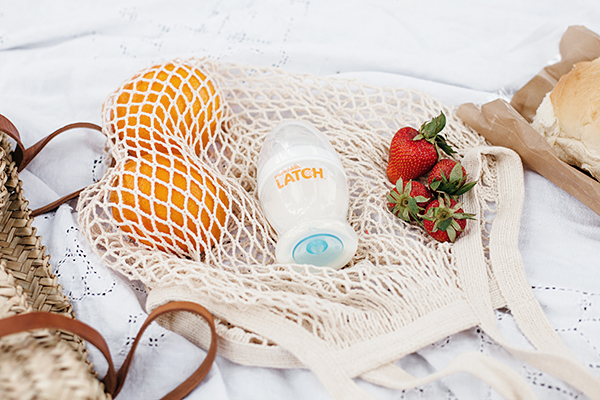 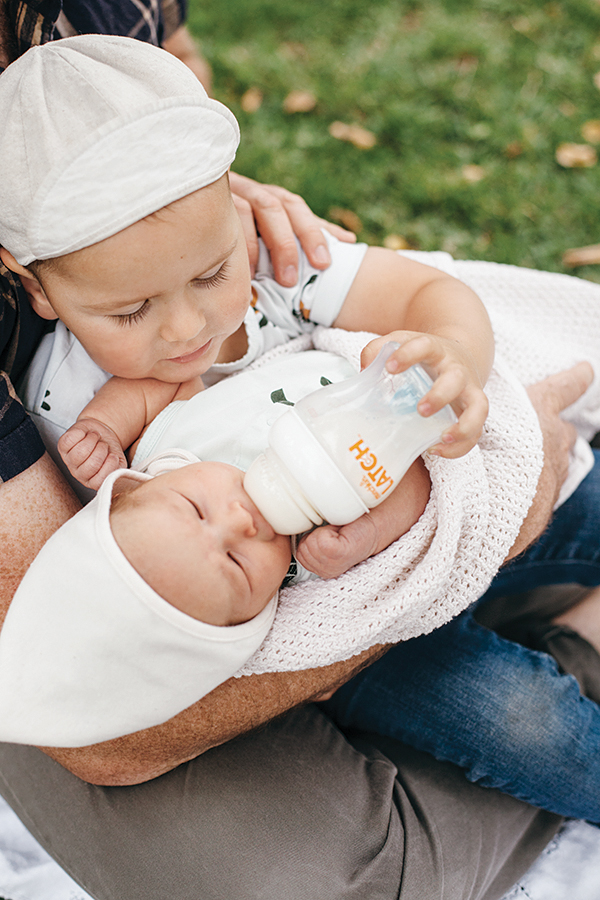 a nursery sneak peek with munchkin! 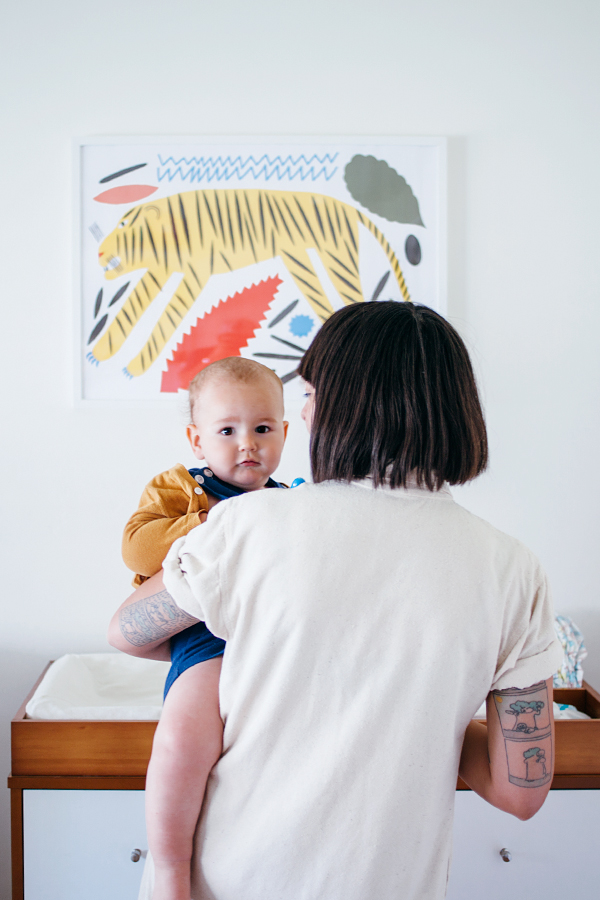 back when adam was just a tiny babe, i half-jokingly declared that i would consider it an accomplishment if i managed to photograph the nursery before he was a year old. and here we are. adam is 14 months old, and i’m finally getting around to it! besides the fact that i have never photographed or shared any of my interiors on the blog before, i think my biggest hurdle was that i kept expecting the room to be “finished” one day. but then, as i rearranged the room for the millionth time since he was born, i realized that there would never be an end point. a home is this living, breathing thing that grows and changes right along with us. adam’s needs are ever-changing, and so is his room. (and with any luck, we’ll be moving out of this place very soon, so i really need to document it before we leave. more on that later!)

so in the spirit of building things up, i partnered with munchkin to give you a little tease before the big reveal. most of the room has remained pretty much the same since adam was born, but i’ve been making important additions to the room here and there. one such essential came in the form of our new arm & hammer diaper pail that we received courtesy of munchkin. i had originally picked up a little stainless steel step can because i thought it looked nice, and i honestly never even considered using a diaper pail. and i got away without one for quite a few months before i started to notice a particularly offensive funk wafting from the nursery. unless you plan to make multiple trips to the dumpster throughout the day, a regular can just isn’t gonna cut it. needless to say, i was pretty relieved to finally make the upgrade, especially after having to explain the stink to guests a few too many times…

and with that final odor-free addition, i can finally say that i’m ready to share the nursery! hope you enjoy the photos, and stay tuned for the full reveal coming soon! 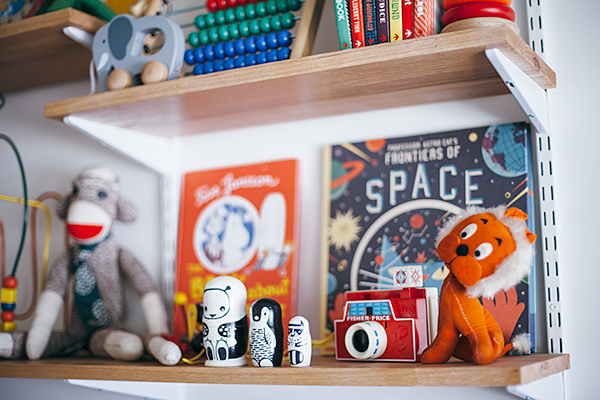 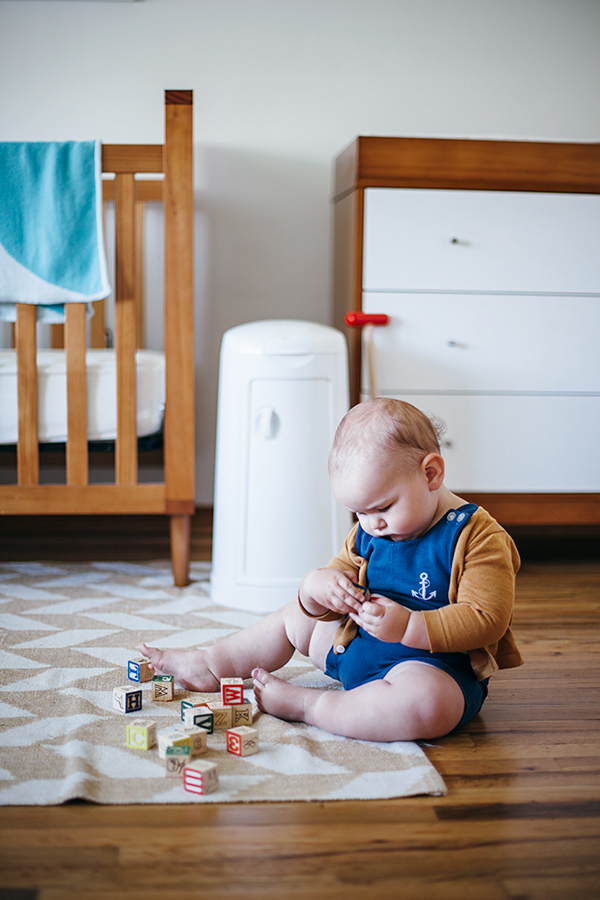 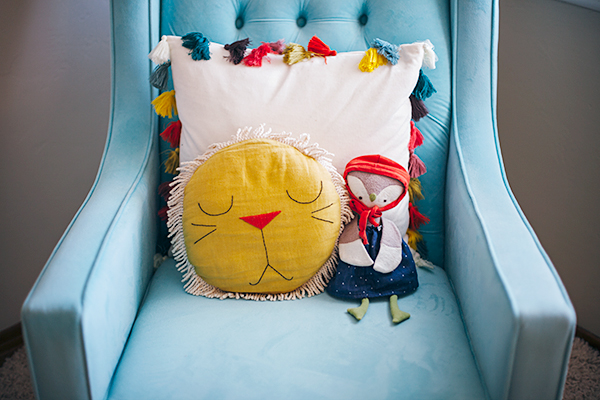 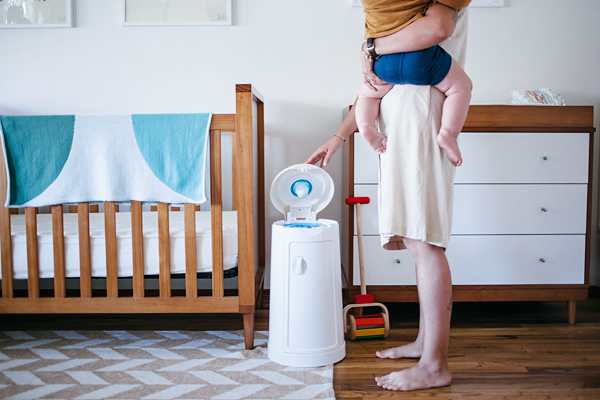 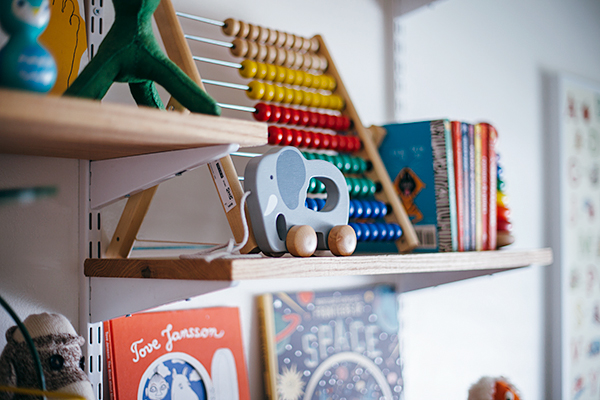 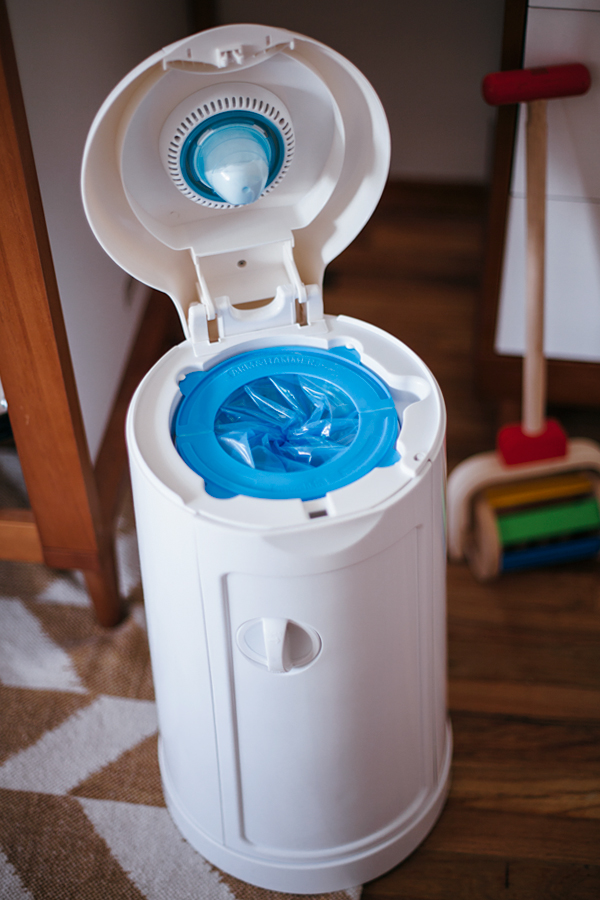 this post was created in partnership with munchkin. thank you for supporting my sponsors!